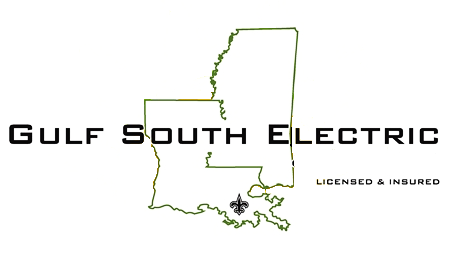 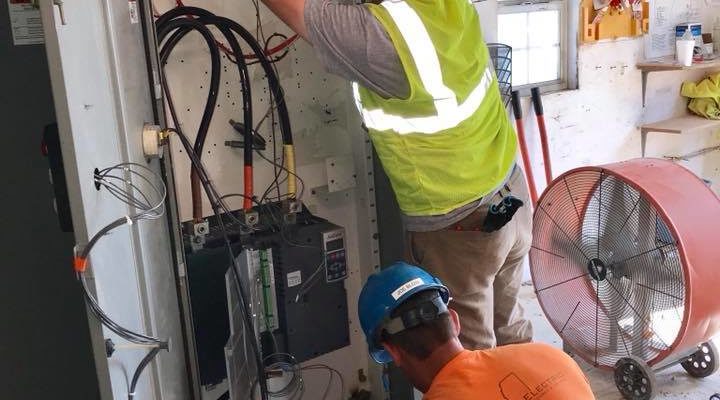 Have an electrical need? We can help! Contact Us!

Gulf South Electric was initially established in 1992. After years of dedicated service, owner and Master Electrician, Keith Gravois, joined the team of a local electrical contractor. Keith ran this company for many years assuming the duties and responsibilities of all phases of electrical construction: with special interest in motor controls. Soon his drive for independence called him into self employment once again. Only this time, he joined forces with lead electrician, Rex Archer; an unbeatable team by today’s standards.

In October of 2008, they restructured Gulf South Electric and set out to provide their customary superior service to the Gulf Coast region. Property Management electrical service became a special area as more and more property managers started using our service. Their commitment to customer satisfaction has always been top priority, second only, to the desire to implement their own ethical standards into the company. Hard work, honesty and fairness has made Gulf South Electric & Solar a quality service provider.

Keith Gravois is a Master Electrician and has been doing electrical work since 1983. In 1987 he received his Associates Degree from Delgado in New Orleans, LA. In the same year he earned his Master Electrician’s License. After working in the field with several companies, he gained experience, knowledge and the confidence needed to open Gulf South Electric in 1992. Seven years later, in 1999 he was recruited to take over all areas of management for a local electric company. In the 9 years he was employed with this company, he was responsible for its continued success and strong growth. In 2008 his desire for independence and a drive for a more comprehensive company drove him to reopen Gulf South Electric, LLC.

Some of his many strengths are his managerial skills, strong practical foundation and understanding of the industry. He is quick to understand the intricate needs of contractors and industrial plants. He is a problem solver and innovator in ways that relieve and ease those little annoying quirks not thought of ahead of time.

He enjoys the reputation as a reliable electrical contractor. This reputation was built on years of experience and performance.

Keith Gravois achieved the rank of Eagle Scout, the highest rank in scouting, in 1978. His interests include fishing, hunting, photography and family life.

Rex Archer received an Associates Degree of Applied Science from DeVry Institute of Technology. Rex went on to serve his country in the 82nd Airborne in the United States Army. This is where he gained his experience as an electrician.

His professional experience started in 2001. Rex Archer oversees all aspects of construction in the field while managing the crews with the utmost professionalism. He is knowledgeable and confident in his position and his moral principals are surpassed by none.

Rex Archer achieved the rank of Eagle Scout, the highest rank in scouting, in 1993 with Troop 857 of Woodbridge, VA.

Tammy Morritt has been part of GSE’s team since 2019. Tammy is responsible for keeping all day-to-day functions up to speed. She handles all accounts receivable, accounts payable, payroll, bookkeeping, quotes and human resources duties. She works to maintain organization and fluidity at the company.

Gulf South Electric has a competent crew of electricians who know how to get the job done in a safe timely manner.